Life, Love and Lore of the Irish Travellers : The “Life, love and lore of the Irish Travellers” program is a tribute to the sub-culture of the travelling people of Ireland. The Irish travellers are a nomadic minority with a distinctive way of life. They have unique rituals, customs and are highly superstitious. The thriving Irish folk and dance community of today would hardly have emerged that strongly in the sixties and seventies, if some travellers families would not have held onto their tradition. 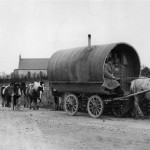 They demonstrated to the rest of the Irish and then the World how unique Irish traditional music, song and dance are. Some of the greatest Irish musicians, singers and dancers are from a travelling background. 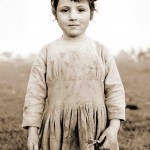 The Irish constitution granted in 2014 the travelling people of Ireland a status as an ethnic minority and the Danceperados are the first to mark this positive move with an artistic contribution. The “Life, love and lore of the Irish Travellers” show is a tribute to them. The storyline takes the audience through the changing life of the Irish nomads over the past five decades. Due to radio, TV and internet, the nomads lost their status as messengers. With the invention of plastic, there was no need to repair broken pieces made of thin, copper and brass. The introduction of heavy machinery wiped out the seasonal work on farms. All this was the livelihood of the travelling community. The only thing a globalized society could not take from them is their music. 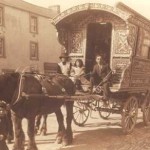 There are similarities between for instance North American natives and how their way of life changed after being forced into reservations. The equivalent for the Irish “Pavees” were the halting sites. Alen MacWeeney’s photos taken at Dublin halting sites in the sixties are a powerful statement and part of the multivision in the show. 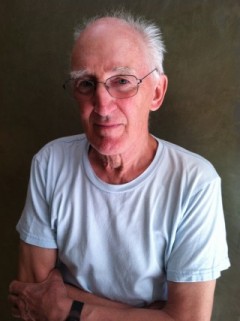 Alen is a renowned photographer in his seventies whose works are for instance exhibited in the Museum of Modern Art in N.Y. He also contributed to the show some recordings of historic traveller storytelling, lilting and singing.