Each country has its own signature way of celebrating Christmas. Ireland is no exception. The Danceperados deliver with their “Spirit of Irish Christmas show” some of the unique customs the Emerald Isle has to offer and leave their audiences with an authentic and realistic impression about the Irish way of life at Christmas. One of those rare customs are the Wren Boys. 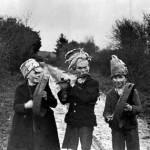 Young men paint their faces black and dress in costumes made out of straw. The highlight of this outfit is a decorative straw mask. The Wren Boys go from house to house and chant special songs. They carry a dead wren and the purpose of their singing is collecting money for the bird’s funeral. Later they will of course drink the collection in the local pub, sing some songs and play some tunes. There is however a deeper meaning behind this. The wren symbolizes the old year coming to its end. The robin however stands for the New Year. Those rituals go back to pre-Christian times.

The “Spirit of Irish Christmas” show reminds us that there was a different Christmas before the globalized world got dominated by the Anglo-Saxon or Disney inspired images of Santa Claus. Every country had its unique way. For instance the candle was a mystical symbol going back to the times when the English suppressors banned Catholic mass celebrated in Gaelic. The candle in the window was a secret symbol for a safe place to enjoy a secret mass. 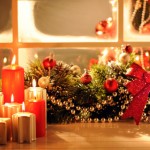 There are ancient hymns and carols in the Gaelic language sung at Christmas only such as the Wexford Carol and the Danceperados made them part of the show. The celebration of Christmas is for the Irish a living tradition. There are also some great new contemporary songs such as “Fairytale of New York” and these are part of the show.

In former years and indeed still now, many Irish have to earn their living abroad. Christmas is the best opportunity for all those emigrants to come home. They have not seen their families and friends for an entire year and they are delighted to celebrate together. The pubs are packed and everybody shares a drink or two together. This is always a great opportunity to play or at least hear some jigs & reels. Some of them have even names related to Christmas such as ‘Christmas Eve’, ‘The Night Larry Was Stretched’ or ‘The Wren’s Reel’. Now you will realize that celebrating Christmas and Irish step dancing have a lot of in common. 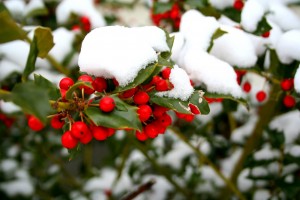 The Danceperados of Ireland take us back in time to a more primitive Ireland where Christmas was still a spiritual time. With its unique decor, projections of wintry landscapes and a warm-hearted show with wintry Christmas tones, the artists create special ambience in addition to the mesmerizing dance and music. “This is the spirit of Irish Christmas”.