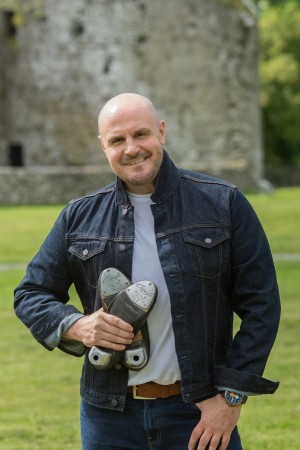 At the age of five Michael got his first dancing shoes and joined in Ennis the Scoil Rince Ui Ruairc school of Irish dancing. He enjoyed dancing and absorbed all the hints from his teachers like a sponge. Soon he won his first junior title in the native county Clare. Then he moved on to win the Munster and various all Ireland Championship titles. The icing on the cake were two World Championship titles.

In the big boom of the Irish step dancing Michael was lead dancer with Riverdance and Lord of the Dance. He is regarded as one of the greatest Irish dancers ever. Whenever Michael laces his dance shoes he transforms into a kind of a dervish. He is highly expressive and emotional in his movements. He is absolutely in control of a flawless rhythm and technique. He loves surprising himself with improvised elements and this is why he is the ideal choreographer for a show where everything happens live. In his choreography he embraced the challenge of not only creating unique and impressive dance items but to adapting them to the storyline.

Michael is steeped in the traditional style of dancing where the hands are allowed to move along with the body to enhance the expression of the dancer. It is a style of dancing which can only work live and will be never tamed by “playback” or a “track”. Michael also runs his own dancing school in Ennis, which is a hub of activity and the home of many up and coming new champions. 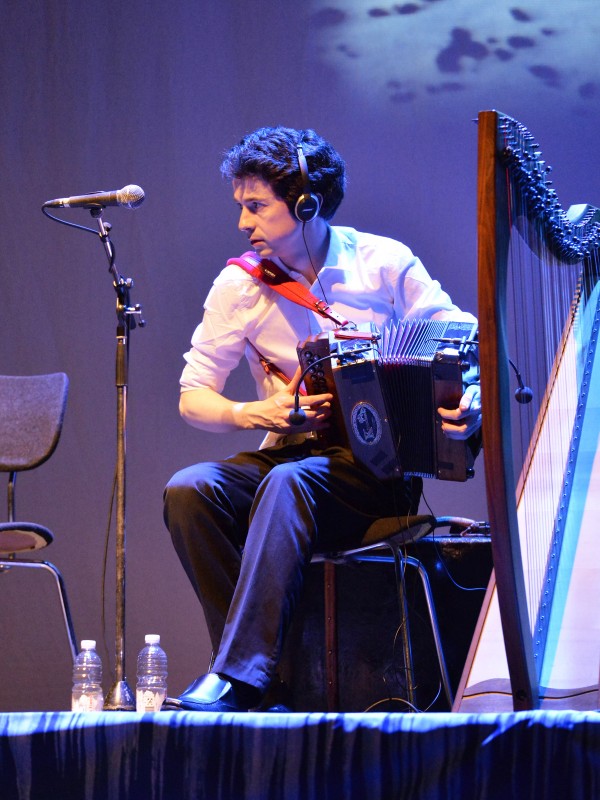 Eimhin Liddy is the musical director and responsible for the distinguished selections of jigs, reels, polkas and hornpipes and their arrangement. Eimhin is a virtuoso accordionist with distinctive style of playing highly suitable to putting a spring into the step of any dancer. He hails also from County Clare and a very musical and also large family. This is not exaggerated as he enjoys the company of 27 cousins and nieces of first grade who all play Irish music! He grew up in a very musical environment indeed.

Eimhin’s parents were for many years highly involved with the Clare branches of Comhaltas Ceoltóirí Éireann. This organization was founded 1951 with the intention to foster and promote Irish traditional music, song, dance and also the Gaelic language. Comhaltas now have worldwide more than 400 branches. Being part of the Clare branch, Eimhin was privileged to enjoy tuition from first class teachers.

At the tender age of 14 he joined his first band Planxty O’Rourke and toured abroad. Turning 17 he joined the bands Sult and later Rahula. Then his attention turned from the folk bands to the new phenomenon of the Irish step dance shows. Ragus and Celtic Legends secured his services as accordionist. He features in two of the Celtic Legends CDs and DVDs. His first job as musical director was with Celtic Ceili. Eimhin had the pleasure to perform in some of the most prestigious music venues all around the World such as Olympia in Paris, Kremlin Palace in Moscow, National Concert Hall in Beijing and the South Point Casino in Las Vegas. He loves to engage with the audience, and if possible in their native tongue. He has the great gift to make the people relax, participate and enjoy themselves through his music. He loves performing live with the Danceperados of Ireland when his tight schedule allows. 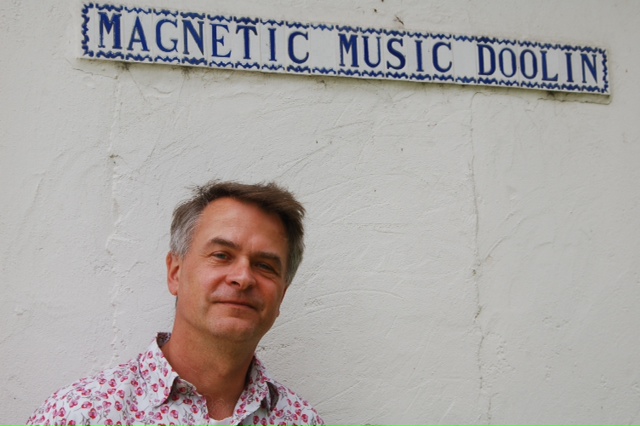 Petr got the Irish Folk bug in his teens and played for 15 years professionally tin whistle and uillean pipes in a couple of bands. Very soon he adopted the thinking that the Irish traditional music is a living tradition. Each generation makes its mark on the rich heritage they got passed on by the former generations. The new generation needs to infuse it with new ideas and keep it expanding towards new horizons. This is the simple secret why Irish Folk is for such a long time still alive and kicking and keeps fascinating audiences worldwide.

Petr was over the past 30 years never tired of fostering and promoting Celtic artists who are regarded as some of the finest. To name but few here is Altan, Solas, Beoga, Dervish, Moya Brennan, Carlos Núnez, Red Hot Chilli Pipers and Declan O’Rourke. With his Magnetic Music agency Petr books annually more than 300 concerts all across Europe. He is also the founder member of the Na Piobairi Uillean Germany and in 1981, he wrote the first whistle tutor in German language.

When Carsten Linde retired after 25 years of being the artistic director of the Irish Folk Festival tour he passed the reins in 2000 to Petr. The Irish Folk Festival (IFF) started in 1974 the mighty Irish Folk boom in central Europe. Petr managed to keep the project alive through difficult times. 40 years on we are now living in a globalized World and Irish Folk is competing with many other great types of World music. Petr took this challenge on and kept the format of the IFF fresh and fueled with innovative ideas. The same can be said about the other concept tour Petr has created more than 25 years ago by the name of the Irish Heartbeat.

1990 Petr started a Celtic record label by the name of Magnetic Music records and recorded some of the emerging new talent coming from Ireland, Scotland and Canada such as Michael McGoldrick, Dezi Donnelly, Toss the Feathers, Geraldine MacGowan, Ray Garvey and many more.

The label was established in 2000 on the Irish west coast in a small fishing and farming village by the name of Doolin. Petr and his wife Mary ran there for over a decade a music café and one of the finest music shops for Irish traditional music.

As the artistic director of the Danceperados, Petr is enjoying the opportunity of creating something which is stepping up against the mainstream. So many other producers would never chose a storyline dedicated to the sub-culture of the traveling people of Ireland. This is regarded in Ireland as a controversial topic. But wasn’t a lot of great art at the time of its origin controversial? The Irish constitution granted in 2014 the travelling people of Ireland a status as an ethnic minority and the Danceperados are the first to mark this positive move with an artistic contribution.

At present Petr is writing on a novel about Irish traditional music based on his own life story and experience.